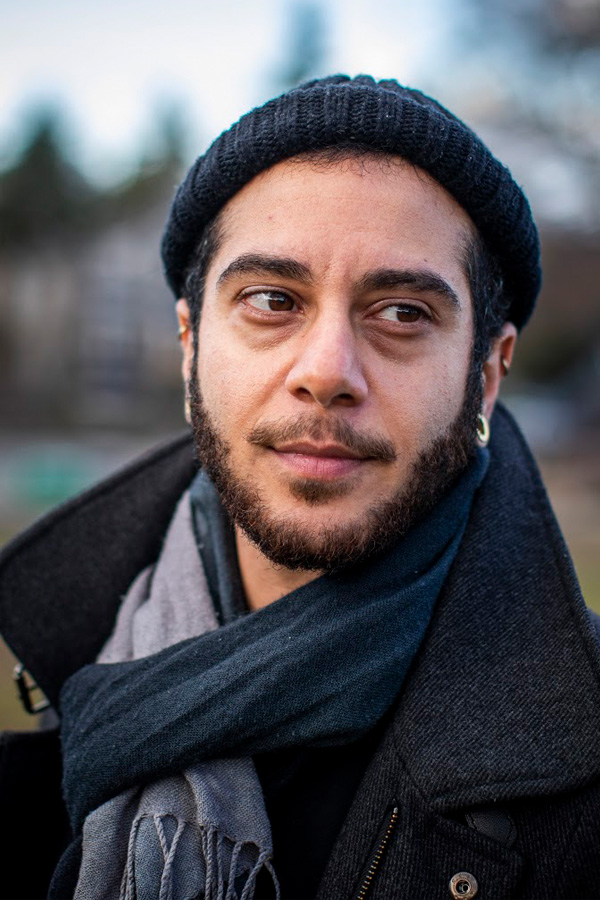 Sally (They/Them/Their) is a transgender Iraqi multi-disciplinary artist born in Baghdad, raised in the United Arab Emirates and different parts of Canada. At the age of 11, they picked up their first drum, the Doumbek (middle eastern goblet drum), and never stopped. By the time they were 18, they’d taught themselves to play the congas, bongos, timbales, drum kit, and guitar. They pursued an early career in music, performing and touring while attending the University of Windsor to study Film & Television. Their musical journey taking them all over Canada and the world, performing in international arts festivals (Sydney Festival, Dublin Fringe, and the PuSh Festival). They continue to play stages and theatres with different bands, orchestras, musicals, and theatre, and one lucky NYE (2008) had the chance to play percussion for Aretha Franklin. Today, Sally is still a session musician, percussionist, and content creator under Zori Media, a company they started in 2017 focusing on content creation for non-profits and social ventures. On the horizon, Sally is working on a project that will share the story of their experience as a third culture kid and finding Home, combining theatre with film and live musical underscoring.